not something you see every day

Admittedly the quality of the photos isn’t great but they were taken hand held at a distance of what must be at least 400 feet.

I was out taking photos of skimmers when another birder pointed out a Frigate off in the distance. Later, when I was at the mouth of the channel that separates Lido Key and Siesta Key the Frigate appeared again. It was circling over some dolphins that appeared to be feeding in one spot. Whenever I would see a dolphin breach the surface and show its fin the Frigate would dive straight down at the area where the dolphins had been.

The actual name is “Magnificent Frigatebird”. How great is that.
Frigates will spend days aloft over the ocean looking for food without ever actually resting on the water.

From Wikipedia: Their main prey are fish and squid, caught when chased to the water surface by large predators such as tuna Their wings are long and pointed and can span up to 2.3 metres (7.5 ft), the largest wing area to body weight ratio of any bird.

Dolphins will get together and “corral” or herd fish to the surface so they can feed on the larger ones:

So what I was seeing was an 8ft wide bird that spends a lot of its life over the ocean stealing fish from dolphins who were coordinating their efforts to force groups of fish to the surface. Nature is awesome. 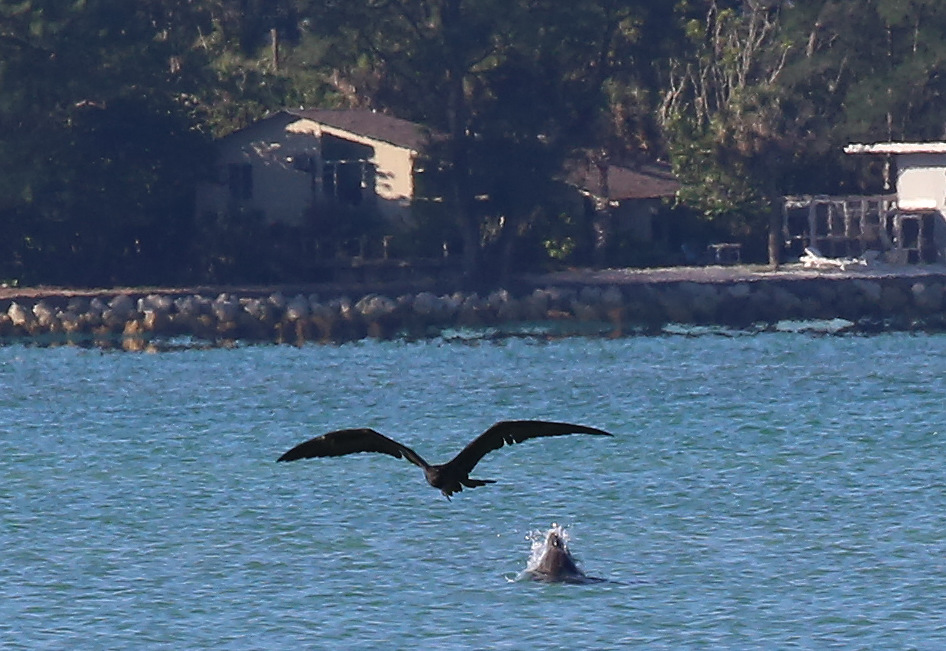